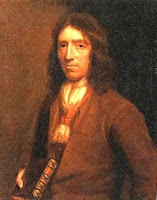 William Dampier (born August 1651, East Coker, Somerset, England — died March 1715, London) was an English buccaneer, sea captain, author and scientific observer.
He was the first Englishman to explore or map parts of New Holland (Australia) and New Guinea. He was the first person to circumnavigate the world three times.
Dampier appears on the 5 shilling stamp in the Early Navigators issue of 1963-1964.Then on the 50 cent Decimal reissue of 1966, and is part of the 1999 miniature set featuring the 6 Navigators of Australia. 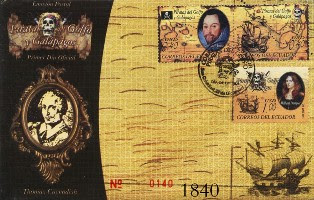 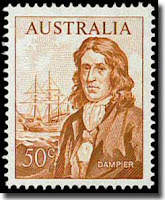 For more details :wiki
Posted by prashant at 8:10 AM