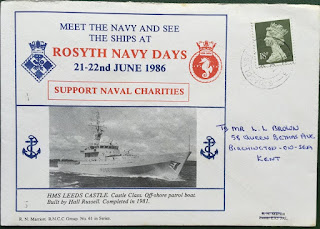 HMS Leeds Castle (P258) was a Castle-class patrol ship built by Hall, Russell & Company of Aberdeen, Scotland for the Royal Navy. She was launched in October 1980 and commissioned the following August. She was involved in the 1982 Falklands War, operating between the British territories of Ascension Island, South Georgia, and the Falkland Islands as a dispatch vessel commanded by Lieutenant-Commander Colin Hamilton.

The Leeds Castle spent much time performing fishery protection duties around the United Kingdom, as well as being used as a guard ship in the Falkland Islands. In 2000, Leeds Castle underwent an eight-month refit, returning to the fleet in early 2001.

On 8 August 2005 she returned for the final time to her home base of Portsmouth to be decommissioned after a 24-year career having finished her final deployment as a patrol vessel based in the Falkland Islands. She was relieved in that role by her sister ship HMS Dumbarton Castle (commissioned in 1982) which served in that role until being replaced in 2007 by the new HMS Clyde.

In April 2010 Leeds Castle was sold to Bangladesh along with Dumbarton Castle. She left Portsmouth under tow for the A&P Group facility in Newcastle upon Tyne on 14 May 2010, where both ships underwent a major regeneration refit that was completed in December 2010.

In March 2011, Leeds Castle and Dumbarton Castle were recommissioned as the Dhaleshwari and Bijoy of the Bangladesh Navy respectively.
Posted by prashant at 7:00 AM No comments: 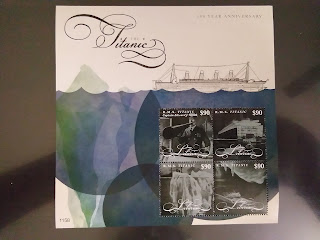 RMS Titanic was a passenger liner that struck an iceberg on her maiden voyage from Southampton, England, to New York City, and sank on 15 April 1912, resulting in the deaths of 1,517 people in one of the deadliest peacetime maritime disasters in history.

For more details visit the Titanic Link
Posted by prashant at 4:10 AM No comments: 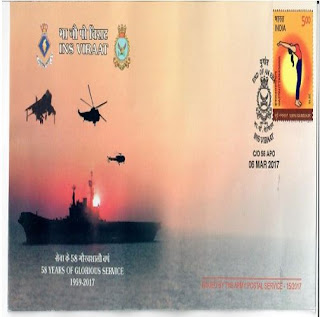 INS Viraat was commissioned into the Indian Navy on 12 May 1987,and served for almost 30 years.

In February 2015, the Navy stated that Viraat would be decommissioned the following year.On 23 July 2016, Viraat sailed for the last time under her own power from Mumbai to Kochi, where she was dry-docked and prepared for decommissioning. She was towed out of Kochi on 23 October, returning to Mumbai on 28 October, where she was laid up. Viraat was formally decommissioned on 6 March 2017. 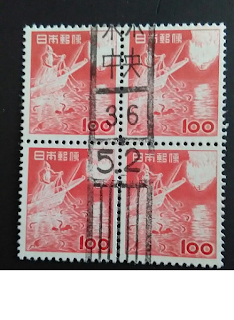 Today acquired this wonderful block of used stamps of Japan which is on Traditional Fishing method called Cormorant Fishing.

Cormorant fishing is a traditional fishing method in which fishermen use trained cormorants to fish in rivers. Historically, cormorant fishing has taken place in Japan and China since about 960 AD. It is described as a method used by the ancient Japanese in the Book of Sui, the official history of the Sui Dynasty of China, completed in 636 AD. This technique has also been used in other countries but is currently under threat in China.

To control the birds, the fishermen tie a snare near the base of the bird's throat. This prevents the birds from swallowing larger fish, which are held in their throat, but the birds can swallow smaller fish. When a cormorant has caught a fish in its throat, the fisherman brings the bird back to the boat and has the bird spit the fish up. Though cormorant fishing once was a successful industry, its primary use today is to serve the tourism industry.

The types of cormorants used differ based on the location. In Gifu, Japan, the Japanese cormorant (P. capillatus) is used; Chinese fishermen often employ great cormorants, Darters (anhinga), which are very close relatives of cormorants, are also used for this fishing technique on occasion. 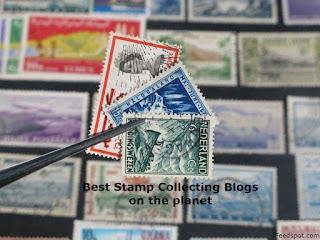 Recently my blog was judged as the one of the 60 best blogs on stamp collecting. Its a privilege to be a part of the top 60 blogs.

The blog was ranked based on following criteria:

Courtesy :http://blog.feedspot.com/stamp_collecting_blogs/
Posted by prashant at 6:00 AM No comments: 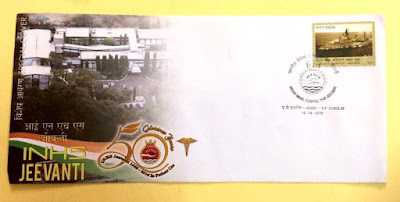 India Post, Maharshtra Postal Circle released a Special cover on 15th April 2016  on the momentous occasion of INHS Jeevanti's 50 Glorious Years of service to the nation which is an Indian Naval Hospital Ship in Patient Care at AP Dabolim.

Posted by prashant at 5:36 AM No comments: 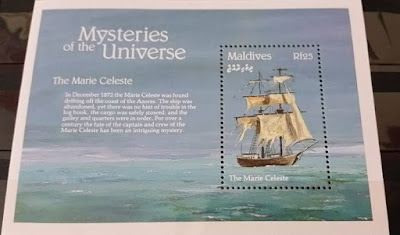 The 1992 Maldive Islands Marie Celeste - Abandoned Ship souvenir sheet (Scott #1772) MINT NEVER HINGED. This souvenir sheet was issued by the Maldive Islands in recognition of the great mystery of the Marie Celeste ship. In December of 1872 the Marie Celeste was found drifting off the coast of the Azores. The ship was abandoned, yet there was no hint of trouble in the log book, the cargo was safely stowed, and the galley and quarters were in order. For over a century the fate of the captain and crew of the Marie Celeste has been an intriguing mystery.
This sheet is on the way to be a part of my collection..
Posted by prashant at 6:05 PM No comments:

INS Chennai (D65) is the third ship of the Kolkata-class stealth guided missile destroyers of the Indian Navy. She was constructed at Mazagon Dock Limited (MDL) located in Mumbai. INS Chennai is the last of the three ships built under the code name Project 15A.

She was laid down in February 2006, and was launched on 2 April 2010 by the then Defence Minister Shri AK Antony's wife Smt Elizabeth Antony amidst chanting of Vedic hymns at a function in Mumbai, and is commissioned on 21 November 2016 by the Indian Defence Minister Manohar Parrikar.INS Chennai is the first naval ship named after Chennai, capital of Tamil Nadu.

INS Chennai will be fitted with the supersonic BrahMos surface-to-surface missile system. The system enables the ship to engage shore-based and naval surface targets at long range making it a lethal platform for strike against enemy targets. The ship's air defence capability, designed to counter the threat of enemy aircraft and anti-ship cruise missiles, will revolve around the vertical launch, long range surface-to-air missile system, which is being co-developed by DRDO. Four AK-630 rapid-fire guns will provide the ship with close-in-defense capability while an MR gun will enable her to provide effective naval gunfire support. Indigenous developed twin tube torpedo launchers and rocket launchers will add punch to the ship's anti-submarine capability. Indeed, these ships integrate many new features and involve design changes that ensure a far more advanced weapons platforms compared to the earlier Project 15 ships

Source: Wiki
Posted by prashant at 6:23 AM No comments:

The Isle of Man Steam Packet Company Limited is the oldest continuously operating passenger shipping company in the world, celebrating its 180th anniversary in 2010.
The company provides freight, passenger and vehicle services between the Isle of Man Sea Terminal, in Douglas, Isle of Man, and five ports in the United Kingdom and Ireland.

SS (RMS) Mona (I) - the first vessel in the Company's history to be so named - was a wooden paddle steamer which was operated by the Isle of Man Steam Packet Company. No Official number is recorded for the vessel, as formal registration was not introduced until the Merchant Shipping Act 1854..

Mona was the second vessel which entered service with the Isle of Man Steam Packet Company. She was hurriedly ordered for the winter service in place of the larger Mona's Isle, which was soon considered too valuable to risk in storm conditions. Mona initially started on the Company's service to Whitehaven, and then commenced winter service to Liverpool in October 1832.
courtesy :Mona I

TSS (RMS) Manx Maid (II) was built by Cammell Laird at Birkenhead in 1962, and was the second ship in the Company's history to bear the name.

Manx Maid was a great success and was of major importance in the history of the Isle of Man Steam Packet Company, as she was the first vessel to be designed as a car ferry; she had the capacity for up to 90 cars and light commercial vans.

Posted by prashant at 6:47 AM No comments: