Check out a article on Installing a Mailbox Post Correctly . It provide some good tips that you should know before you install a Mailbox.

Recently read a very nice article on Nilgiri class guided Frigates of the Indian Navy written by one fellow collector. Check the link below

Posted by prashant at 8:01 PM No comments:

10 Reasons People Forget to Change Their Address with the USPS

Have you ever moved into a new residence and found that the former resident has not changed their mailing address with the US Postal Service? It can be a bit annoying to have other people’s mail to sort through. In addition, you are left with the hassle of marking the envelopes ‘return to sender’ and redepositing them in the mail. Why would someone move and forget to notify the USPS of the change of address?
Check out the link below to know more details:
http://www.changeofaddress.org/blog/2011/10-reasons-people-forget-to-change-their-address-with-the-usps/
Posted by prashant at 8:35 PM No comments:

The Italian Post has issued a stamp commemorating the 100th anniversary of the death of the famous Italian writer Emilio Salgari. 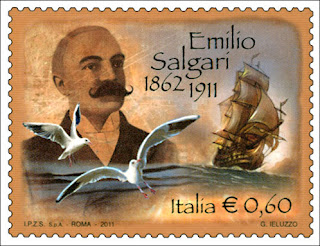 Emilio Salgari (August 21, 1862 - April 25, 1911) was an Italian writer of action adventure swashbucklers and a pioneer of science fiction in Italy.
For over a century his novels were mandatory reading for generations of youth eager for exotic adventures. In Italy, his extensive body of work was more widely read than Dante - and even today, he remains among the 40 most translated Italian authors. Many of his most popular novels have been adapted as comics, animated series and feature films. He is considered the father of Italian adventure fiction, the father of Italian pop culture and the grandfather of the Spaghetti Western.
The stamp depicts a portrait of Emilio Salgari, two seagulls flying in the foreground and an ancient sailing ship plowing the sea.

Posted by prashant at 7:53 PM No comments:

Stamp collecting might not be something that appeals to you if you have never done this before ,Check out some of the few good reasons why to collect stamps .To read the article click here.

Posted by prashant at 6:24 PM No comments:

International Workers'/Labours Day (also known as May Day) is a celebration of the international labour movement and left-wing movements. It commonly sees organized street demonstrations and marches by working people and their labour unions throughout most of the world. May 1 is a national holiday in more than 80 countries. It is also celebrated unofficially in many other countries. 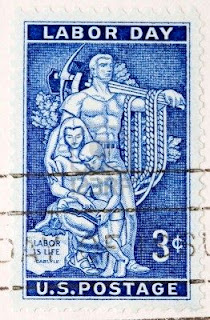 Knowledge really is power in this hobby !!

Find below some links where you will find interesting stuff :

4.The Real Story of the Chalo Delhi Stamps by Richard Warren. To download the pdf click here.

Posted by prashant at 4:35 AM No comments: