One of my friend has publish a post on why Post Offices are important in USA and though many people argue that snail mail is going the way of the dinosaurs, there are actually several reasons why this isn’t—and shouldn’t—be the case. The impact of the U.S. Postal service is a bit more far-reaching than many people may realize;

Check the article for more details : Click Here
Posted by prashant at 7:32 AM No comments: 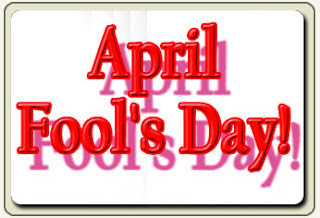 Some Stamps which were released on 1st April
1 .The first stamps for Ceylon were issued on 1 April 1857: The stamp features a portrait of Queen Victoria and is brown in color.It is a 6 penny denomination used to send a half ounce letter from Ceylon to England.8 more stamps were issued in year 1857, all featuring the portrait of Queen Victoria.One of the 5 stamps that were issued on 23 April 1859 is considered to be the most valuable stamp in Sri Lanka.It is a 4 penny denomination with a dark pink colour known as the 'Dull Rose'
2. On 1 April 1957, twelve British stamps from the Wilding series were issued, along with overprinted high value 'castles' stamps. Later in 1957, three stamps from the British Scouting Jubilee series were issued and in 1960 a further series of Wilding stamps were issued with a different watermark. All were overprinted QATAR and the value in Indian currency.
There are many stamps which were issued on 1 April. The above is just a small part.
source:wiki
Posted by prashant at 1:10 PM No comments: