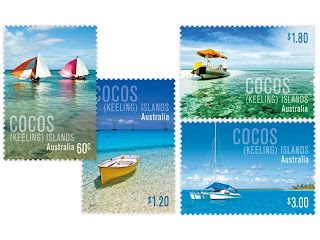 The remote Cocos (Keeling) Islands are dependent upon boats in their daily life and are also a haven for water-based activities. This stamp issue features four types of watercraft used around the islands.
Jukongs (60c) These Malay sailing boats are an end result of generations of Scottish and Malay adaptations. The bottom is broad and bears a keel of about 150mm. Larger jukongs are sailed at least once a year during Hari Raya festivals.
Small boat ($1.20) Small boats are popular with the younger generation and are ideal for travelling across the lagoon or similar short trips.
Glass-bottom boat ($1.80) This Glass bottom-boat allows tourists to observe the unique marine life swimming beneath them.
Yacht ($3.00) Numerous yachts visit the islands each year, particularly those making around-the-world voyages. Direction Island is an ideal sanctuary.
Issue highlights
This is the first time a stamp pack has been produced for a Cocos (Keeling) Islands stamp issue. 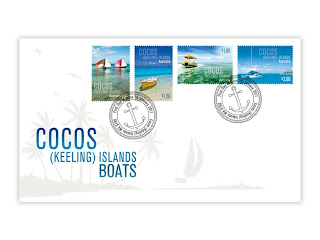 Greetings on the eve of Republic Day of India

The Republic Day of India commemorates the date on which the Constitution of India came into force replacing the Government of India Act 1935 as the governing document of India on 26 January 1950.
The date 26 January was chosen to honour the memory of the declaration of independence of 1930. It is one of the three national holidays in India, and while the main parade, Republic Day Parade takes place at the Rajpath, in the national capital New Delhi, where the president views the parade, state capitals also have their state celebrations. 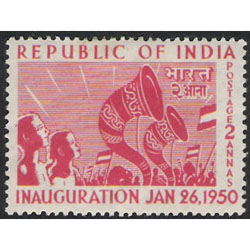 Greetings to all Indians and wish you all on the eve of Republic Day.
Posted by prashant at 10:32 PM No comments:

I need dedicated writers who can write good articles (250-1000 words).You can write anything that you like or you are expert about related to philately. I don’t have any specific requirement or I am not finding any specific niche writers.
Details :
Posted by prashant at 2:11 PM 1 comment:

Two new stamps in the Åland passenger ferry series will be issued in February 2011. M/S Alandia and M/S Apollo are featured by artist Håkan Sjöström.
Alandia was built in 1939 as M/S Bastø in Moss, Norway. The ship had been in Norwegian service for many years and even been used by the German army for troop transportation in 1944, when she came to the newly established company Rederiaktiebolag Eckerö in 1961. During her first year of operation, Alandia ran under the name Alpha and was the first roll-on/roll-off car ferry operating in Åland ferry service. In November 1961, the ship met with trouble when she capsized and was waterlogged upon arriving in Grisslehamn. Thanks to resolute intervention, everybody onboard was saved. Alpha was soon to be nicknamed "Round-trip Åland" after that.
Apollo was delivered in 1970 from Jos. L. Meyer Schiffswerft in Papenburg, West Germany. Both M/S Viking 1 and M/S Marella were delivered to Viking Line the same year. Apollo served for Viking Line from May 1970 until March 1976, when she was sold to a Danish shipping company. Today, Apollo operates in Canada where she provides service for the Woodward Group under her original name Apollo.
Source : www.posten.ax
Posted by prashant at 8:41 PM No comments:

I am happy to share with you a guide to mounting postage stamps. Though this is very basic for advance philatelic collector.It might be useful for the basic collector

Source: KenmoreStampCo
Posted by prashant at 9:47 PM No comments: 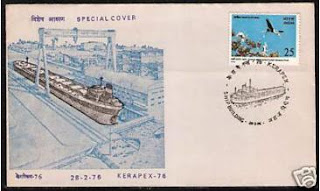 Special cover of Navy Ship Building Kerala India released in 1976. Mail me if anybody has the above cover for sale or exchange
Posted by prashant at 11:04 PM 1 comment:

Liberty Ships Launched - it was on Sepember 27, 1941, when  the first Liberty Ships were launched. A project given to the U.S. Merchant Marines, their purpose was to deliver troops, food, ammuniation, gasoline, weaponry, etc., to our fighting forces in both the Atlantic and the Pacific theaters of war. Having to brave hostile waters, teeming with German U-boats, submarines, destroyers, and overhead bombers, their roles in the ultimate United States' victory in World War II was undeniable.

On his riveting, handpainted cachet, we see a vulnerable Liberty Ship having just been detected by an enemy sub, with the likelihood of an advancing torpedo imminent.

INTERESTING TIDBIT # 1 : The very first Liberty Ship launched was christened the U.S.S. Partick Henry, in commemoration of Patrick Henry's memorable words spoken before the Virginia Convention in the days leading up to the Revolutionary war : "Give Me Liberty or Give Me Death.

INTERESTING TIDBIT # 2 : Some former mariners of the Merchant Marinee who went on to achieve celebrity status are Peter Falk ( of Columbo fame ), folk singer Woodie Gutherie, author Jack Kerouac, and even the great actor, Carroll O'Connor ( aka, Archie Bunker from ground-breaking sitcom, All in the Family ).
Posted by prashant at 5:54 AM No comments:

How Postage Stamps are made

While browsing the net found this amazing video which shows how Postage Stamps are made. Hope this will be useful to you all.

Posted by prashant at 6:34 AM No comments: