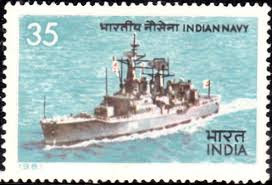 Navy Day in India is celebrated on 4 December every year to recognize the achievements and role of the Indian Navy to the country. 4 December was chosen as on that day in 1971, during Operation Trident, the Indian Navy sank four Pakistani vessels including PNS Khaibar, killing hundreds of Pakistani Navy personnel.On this day, those who martyred in the Indo-Pakistan War of 1971 are also remembered.

During the days leading up to Navy Day, during Navy Week and the days prior to that, various events take place such as an open sea swimming competition, ships are open for visitors and school children, there is a veteran sailors lunch, performances by the Naval Symphonic Orchestra take place, an Indian Navy Inter School Quiz Competition happens, a Navy Half Marathon as well as an air display for school children and the beating retreat and tattoo ceremonies happen.

You have made a great website related to fishing.I am impressed to read and see the images which you have posted.Keep sharing more articles.
Fishing Rod at affordable price range